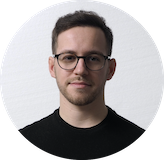 MSc in Informatics and Computing Engineering

Course in Science and Technology

João Almeida, a multilingual tech visionary, knew a Bitcoin payment system could offer transformational benefits if it were able to scale. When the Lightning Network provided that scaling opportunity, the Portugal-born computer scientist helped lead the OpenNode team that became the first to develop and deploy this technology from a production level. Being at the forefront of implementing the Lightning Network, Almeida had the opportunity to generate, gather and apply the real firsthand data, making him a leading authority on building a global Bitcoin payment system. Almeida, who moved to NYC after earning a Master's degree in Informatics and Computer Engineering, previously served as the Head of Development at Masen.io. In this role, he helped create a digital gift card (CryptoGift), a directory of Bitcoin-friendly stores and one of the first e-commerce plugins for receiving Bitcoin payments. Several members of Masen.io went on to form OpenNode, where Almeida serves as the technology lead and prioritizes the company's acclaimed design-forward user experience.

Leading and developing infrastructure for a lightning network based payment processor.

Leading and developing blockchain projects with main focus on Bitcoin and Lightning Network;

Development of customized integrations between different software stacks to automate processes that previously were manual.

Development of integrations with their main fundraising platform, Classy, to create customized extensions to be displayed on the website. Using Classy information to trigger special prizes on wooCommerce store. Responsible for money transactions data migration between campaigns.

Development of Artbattle's new website fully integrated on Wordpress with custom plugins, widgets and theme. Created an auction system fully integrated with slack to be used on the events and a data analysis dashboard.

Responsible for making the shipping proccess fully automated for all Ferreci's web stores. Custom integration between Overstock, Shipstation and WooCommerce.

Participation in the Finals of the VII Olympic Biotechnology